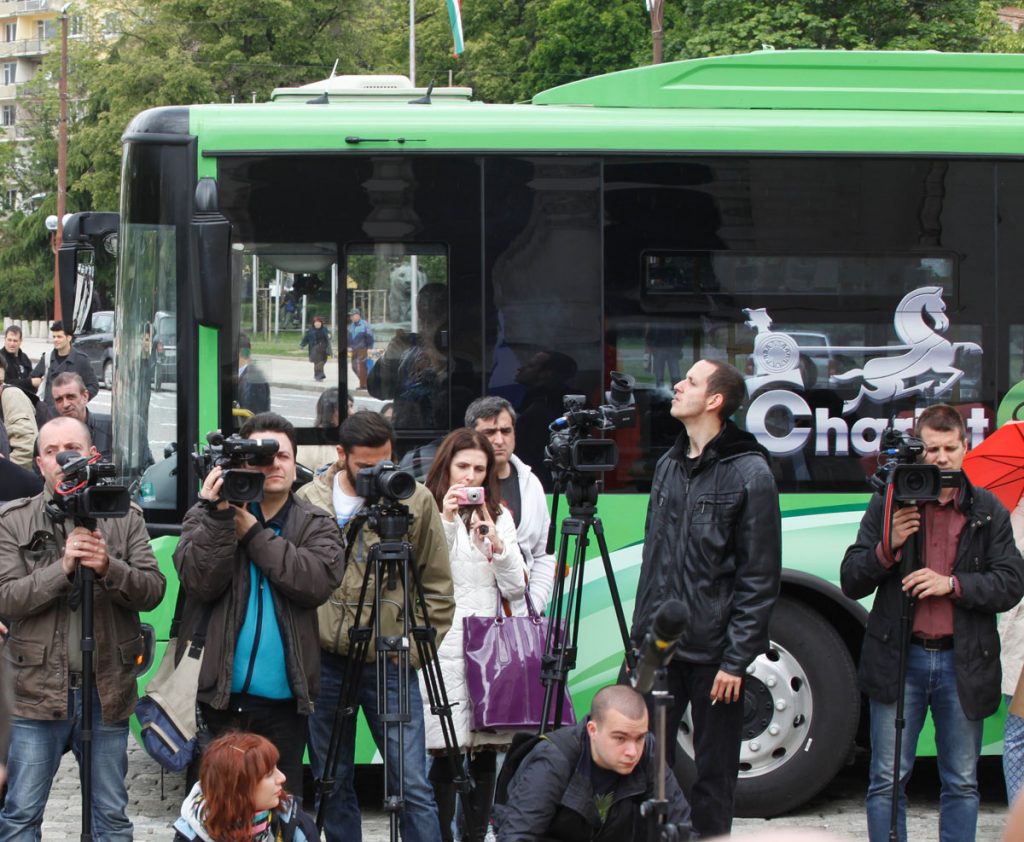 The Chariot Motors e-bus runs without batteries and can cover its 20km route after a few minutes’ charge. This makes it perfect for urban transport.

The new Chariot e-bus launches today in Sofia, Bulgaria. Last year, the European Environment Agency revealed that Bulgaria has Europe’s highest SO2 and CO2 air concentrations. The new electric bus produces no CO2 emissions. Electric generation creates indirect emissions, but they are under a third of those of normal diesel buses.

Chariot Motors board chairman Zwika Zimmerman said, “I have no doubt these next generation e-buses are the future of urban public transport.”

“This is the first electric bus on European streets not needing traditional battery chargers and able to cover its whole route on a single charge of just a few minutes. I am confident it won’t be the last!”

“Cities across Europe face increased demand for public transport at the same time as facing increased concerns over air pollution. E-buses can meet that demand and address those concerns.”

The new e-bus will cover a 23km round-trip route. Average daily energy consumption has been test proven in Sofia at some 0.95kWh/km. Translated into energy cost per kilometre, this is up to a ten-fold advantage in favour of the Chariot e-bus.