Case study: air pollution in the city of Sofia and the Chariot ultracapacitor e-bus solution 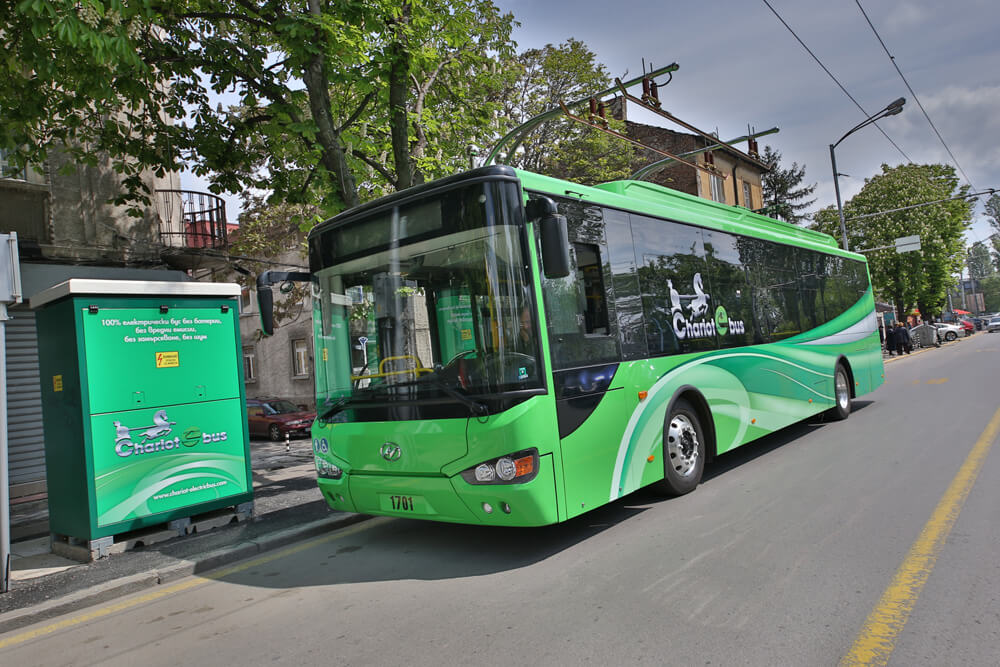 Sofia is one of Europe’s most polluted cities. It constantly breaches WHO and EU air safety criteria, increasing the risk of heart disease, lung cancer, respiratory disease, and stroke. The main reason for urban pollution is the old public transport fleet and passenger cars, as well Sofia’s location in a plain between mountains.

The Sofia city fathers plan to make most or all the urban bus fleet zero emission. E-buses were tested in the last six years. Some used traditional battery charging and others had fast charging ultracapacitors. Fast charging is practical in cities with relatively short bus routes and easy power access from tram, trolleybus, or subway networks.

In a first for Sofia and the European Union, 2014 saw an ultracapacitor e-bus piloted by innovative company Chariot Motors.

Route 11 with its unduplicated 11.2km length was flat, had moderate traffic, and operated for some 14 hours a day. The route received two 150kW DC/DC fast chargers at its termini, using trolleybus power supply.

The 18-month pilot project was a success.

Why choose ultracapacitors for opportunity e-buses

Power economy is only one reason why ultracapacitors are attractive for e-buses. Batteries effectively and safely use between 20 and 90 percent of their storage capacity, while ultracapacitors can use 100 percent. This makes otherwise identical ultracapacitor e-buses cover longer distances on a single charge.

Ultracapacitor e-buses need no overnight charging. They retain the last fast charge until the first one in the morning, including any depot relocation runs.

Another benefit of ultracapacitor e-buses is that frequent charge/discharge cycles do not affect longevity. Chariot e-buses come with full ten-year ultracapacitor pack warranties.

Ultracapacitors are also more robust, environmentally friendly, and safer than batteries. They cannot ignite or explode in difficult operations and retain performance in temperatures between -40 and 60°C. They have no harmful or toxic components, presenting no pollution hazard and no hidden end-of-life disposal costs.

As well as two pole charging as used in Sofia, the e-buses can also be delivered with four pole fast charge equipment to European standards (roof up and top down), compatible with the charging infrastructure for other electric buses using the same standards. Despite different energy storage physics, vendor lock-in is not an issue when choosing Chariot ultracapacitor e-buses.

For customers who, for whatever reason, prefer electric buses with overnight slow charging and no opportunity charging, Chariot Motors offer a full product range of slow charge battery electric buses of 8.5, 12, and 18m lengths with corresponding passenger capacities and 172, 345 and 516kWh batteries. Depending on operational conditions, single charge daily range, including auxiliaries, can easily exceed 200km. Ten such buses operate in Tel Aviv.