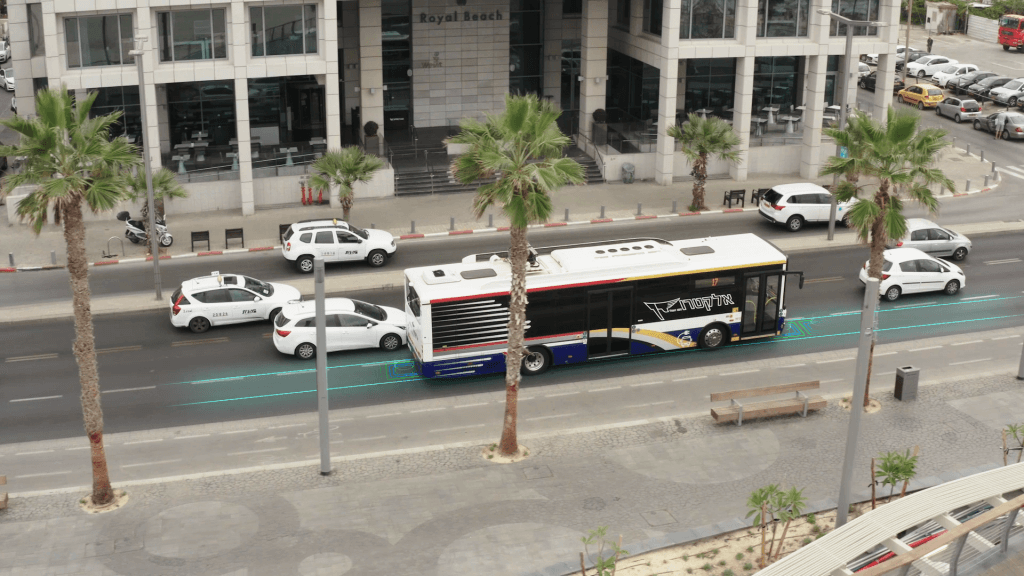 The network will enable inductive charging for 200 electric buses at existing bus stations. The buses are to be delivered by Israel’s Higer bus importer Pandan. The first project phase will provide inductive charging for 100 buses at the Reading transport terminal in northern Tel Aviv. The second phase will extend the charging infrastructure to other major terminals in Tel Aviv and southern Israel, for another 100 electric buses. ElectReon puts total project cost at 9.4 million dollars (about 8.1 million euros).

Inductive charging provides power to stationary buses, either between trips or while passengers board and alight. ElectReon is also known to be experimenting with dynamic charging which provides power while buses are on the move.

The Dan Bus Company would benefit from ElectReon’s charging technology in several ways. A press release discusses first reducing the capacity needed to connect to the power grid at bus stations, and second reducing the capacity, size, and weight of vehicle batteries. The contract puts ElectReon in charge of installing chargers and their complete servicing and maintenance. Dan Bus will pay a monthly fee in return. In addition, the partners shall explore expanding wireless charging to the rest of Dan Bus’ electric vehicle fleet and the Netivei Ayalon highway project.

“Not only will this be ElectReon’s first large-scale commercial project, it will also be a world-class showcase of wireless EV charging for fleet vehicles,” said ElectReon CEO Oren Ezer. This will demonstrate the improved efficiency and cost savings that electric bus fleet operators can expect by implementing wireless charging infrastructure, he added.

The five-year agreement extends collaboration between ElectReon and Dan Bus Company that began in September 2019. Back then the partners launched a pilot project to charge Dan Bus vehicles wirelessly while running on a 600-metre stretch of Tel Aviv roadway. The project straddles a two-kilometre bus route between Tel Aviv University Bus Terminal and Klatzkin Street in Ramat Aviv, with supplementary stationary inductive charging at the terminal.