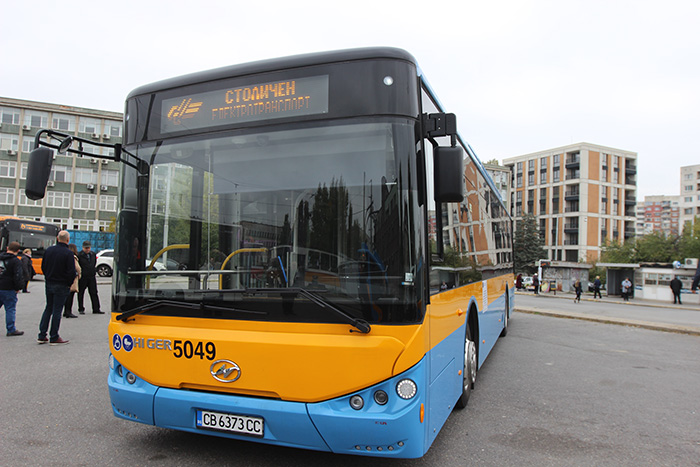 The Metropolitan Municipality received the lion’s share of funds from the European Operational Programme Environment and ran tenders for rapid charging UC electric buses, as well as battery-powered ones. One order, by the Stolichen Elektrotransport operator for rapid charging buses, was fulfilled relatively quickly.  The Chariot Motors company was picked as contractor, beginning deliveries of 30 low-floor electric buses worth almost leva Bulgarian 35 million.

All buses are now handed over to the city, said Chariot Motors’ executive director Milen Milev. Almost all are in operation: some on the No 6 route to the German village, others on the No 60 route to Ovcha Kupel since October, yet others on the No 74 route since last week, with the No 73 route following soon, added Milev. So far Sofia is the sole large city to use rapid charge techniques for its electric buses, its fleet of this type of bus coming to 45, all delivered by Chariot. Another city is Gabrovo which operates three other UC electric buses.

The major distinction between different electric public transport buses is that rapid charge ultracapacitor ones take just five minutes to recharge at terminal stops and can run around the clock, while battery-powered ones have longer ranges, yet also need longer charge times: most often all night.

Another Stolichen Elektrotransport procurement, for leva Bulgarian 26.7 million for 52 electric buses, has failed to become a success, being halted three times. The last interruption followed complaints before the KZK Competition Protection Commission, with a resumption since October. Chariot Motors is again contesting the second lot, for 22 electric buses, this time battery powered. “Chariot can supply electric buses for either charge category,” explains Milev.

The idea was for electric buses to act as suburban feeders to the Metro. Everything, however, points to lags in delivery. The manner in which the procedure is proceeding might result in a contractor being picked as late as mid 2022.